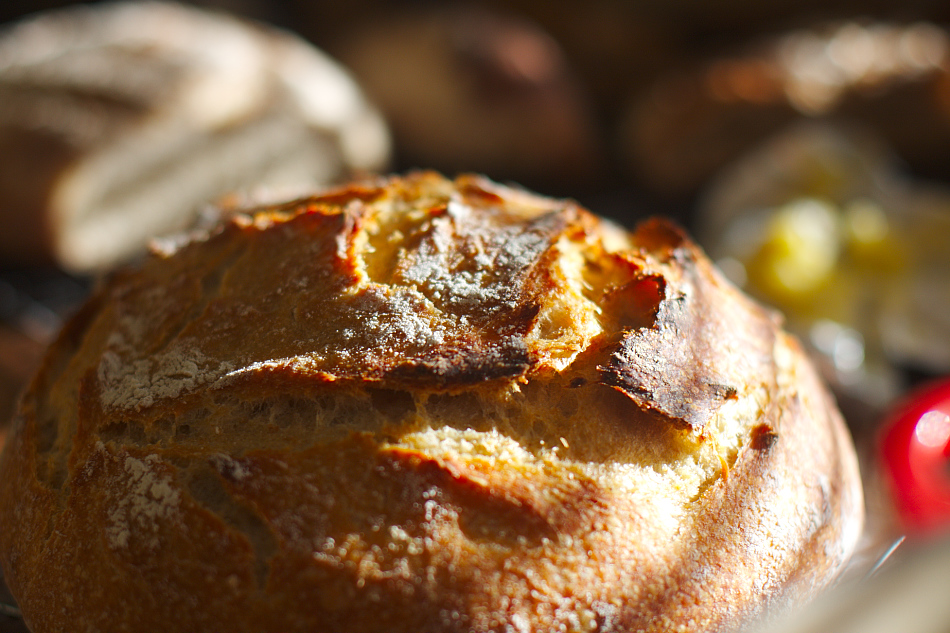 After getting relatively decent at Jim Lahey’s no knead style bread, I decided to move onto a something a little more challenging; making sourdough bread. The beauty of sourdough bread is that you get to make your own yeast, or sourdough starter. A sourdough starter is essentially just flour and water that begins to ferment when the bacteria in the environment start to eat the sugars in the flour. It is these wild bacteria’s which give sourdough bread it’s distinctive flavour. It takes about a week to 10 days get a sourdough started up and going. Once it is active all you have to do is remember to feed it every day, or once a week if you store your starter in the fridge. 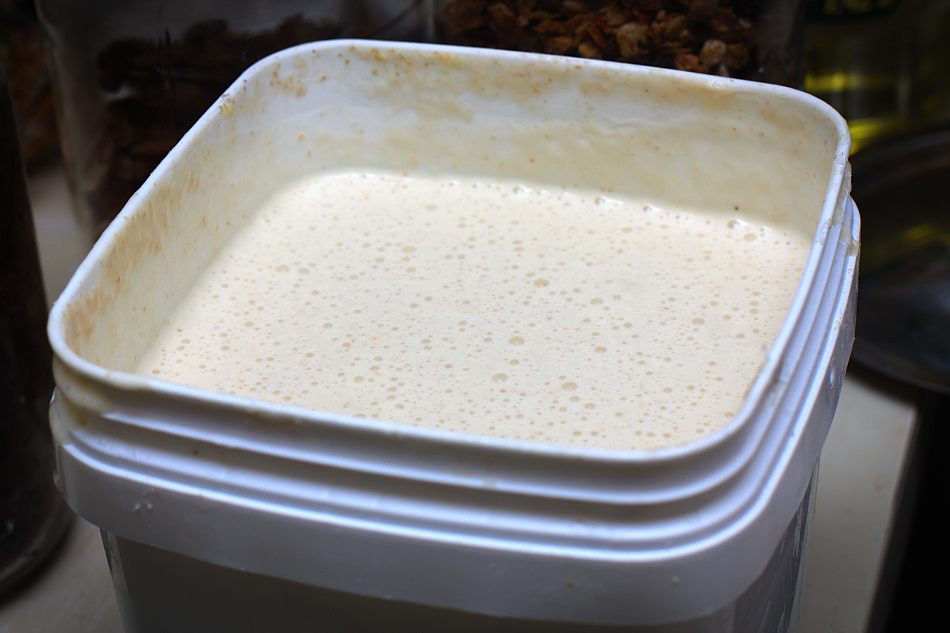 To make a sourdough starter is pretty simple. Start by adding 1 cup flour and 1 cup warm water together in a container and mix thoroughly. Now let the container sit for a good 2-3 days for the bacteria to start to slowly get active.

Now for the next 5-7 days simply add 1 cup water and 1 cup flour then cover the container. This is called feeding your starter. After the first day of feeding you pour off half the starter before feeding the new flour and water. In about a week you should start to see small bubbles on the top of your starter a few hours after you feed it. This will let you know you have a healthy starter. It should also smell a bit … sour, as well as a little sweet. After this point if you make a lot of bread continue to feed the starter daily left out on your counter, or store it in the fridge and you will only have to feed the starter once a week.

Once you have an active starter you can begin making bread with it. 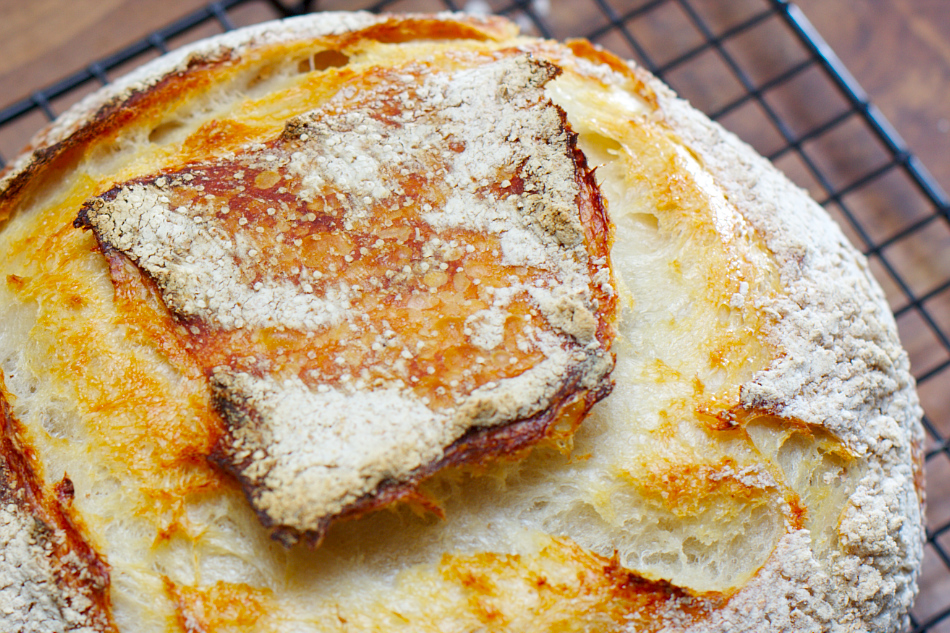 I have to admit my first attempts at sourdough bread were complete flops. I tried to adapt Lahey’s no-knead recipe except replace the yeast with the sourdough starter, but that was a complete failure. I tried a few recipes online as well, but they also failed. All my loaves of bread would turn out extremely flat and tasteless. It wasn’t until I stumbled upon the beautiful Tartine Bread cookbook from a bread bakery in San Francisco, was I finally able to master the sourdough. 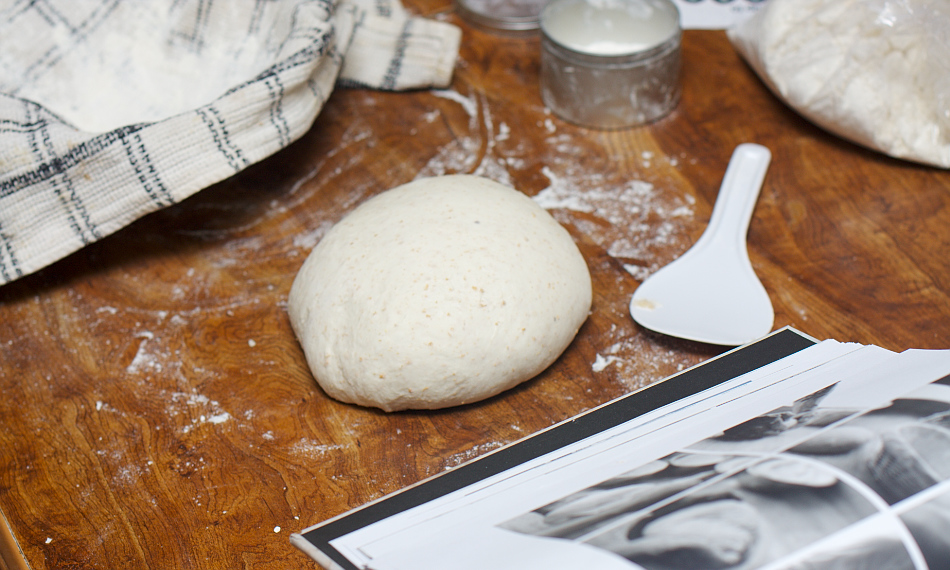 I pretty much follow the Tartine country sourdough recipe, except instead of using a leaven I use my starter 4 hours after I have fed it. I found the results better than when I tried to use a leaven.

Since the process is a little involved I made myself a check list to make sure I didn’t skip any steps. To make this bread I found you need to have a little patience. 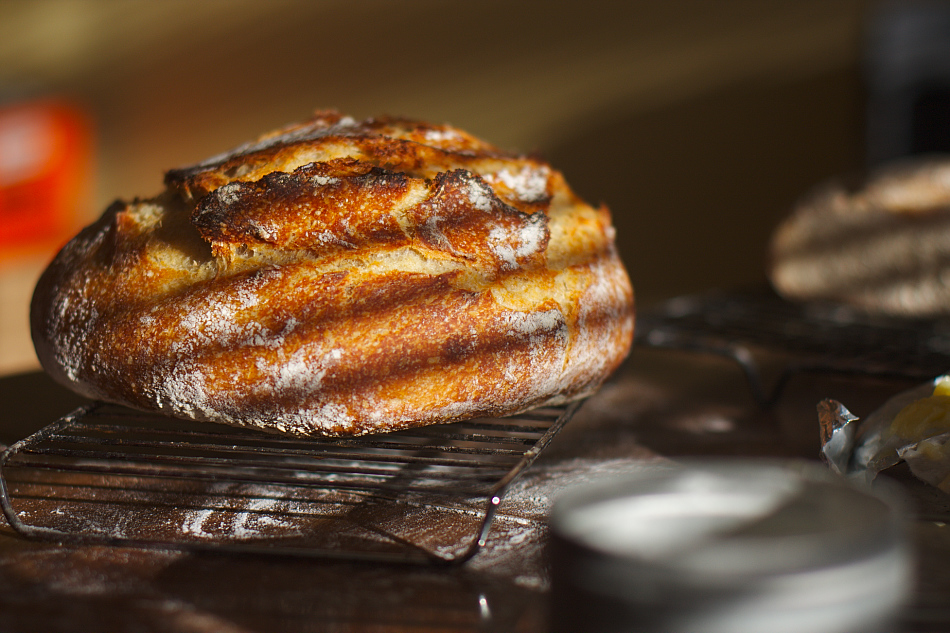 Start by mixing the starter, 350g of water in a medium sized bowl. Make sure the starter is fully mixed with the water. Then add the flour. Use your hands to fully incorporate the flour and water together. Scrape off your hands and bowl.

Add 20g of salt and the remaining 50g of water. Squeeze the dough, water, and salt between your fingers until the salt is fully dissolved and the water is mixed into the dough.

Move the dough into a smaller vessel. I use a 1 litre glass measuring cup. Now for the next 3-4 hours every 30 minutes you will knead the dough by turning it in vessel. To do this grab the dough from the bottom of the vessel, pull it up and over itself and down into itself on the other side of the vessel. Do this for each corner (4 times) of the dough. The total number of times you turn the dough should be around 8-9 times over the course of the 4 hours.

Let rest on the work surface for at least 30 minutes.

Flour the top of the dough, then flip over onto the floured side (as we did before). Now stretch the dough out to the left, then fold over onto itself. Do the same on the right, then top and finally bottom of the dough. Finally shape the dough into a ball and transfer into a basket or bowl lined with a floured towel. Cover with the towel and let rest for another 3-4 hours.

Preheat your oven to 500 degrees with a cast iron pot inside for 30 minutes.

After 30 minutes remove the pot from the oven, carefully put the dough inside the pot, then score the top of the bread (this is important to get the bread to rise to it’s full potential). Place the lid back on the pot and put back in the oven. Reduce the heat of the oven to 450 degrees and bake for 25-30 minutes.

Remove the lid from the pot and bake for a final 20-30 minutes. Remove the pot from the oven, and put the loaf of bread on a wire rack to cool. Once cool feel free to cut into the bread and enjoy the delicious sourdough!

Out of all the bread I have baked so far, I think the sourdough is by far my favourite. The crust is crunchy, the crumb inside delicious and soft, and it rises up so nicely.

I also have to say the Tartine Bread cookbook is absolutely fantastic and worth buying. The book is highly detailed in explaining the steps and why you do them. In addition the photography in the book is killer, and outlines each step with photos. I cannot wait until the next time I am in San Francisco so I can try out their bread and treats.

Now that I have a highly active starter there will be many more loaves of sourdough in my future. If anyone wants to skip starting their own sourdough starter, I would be happy to give you some of my starter, as I have plenty.

Here are a few more photos from my loaves. 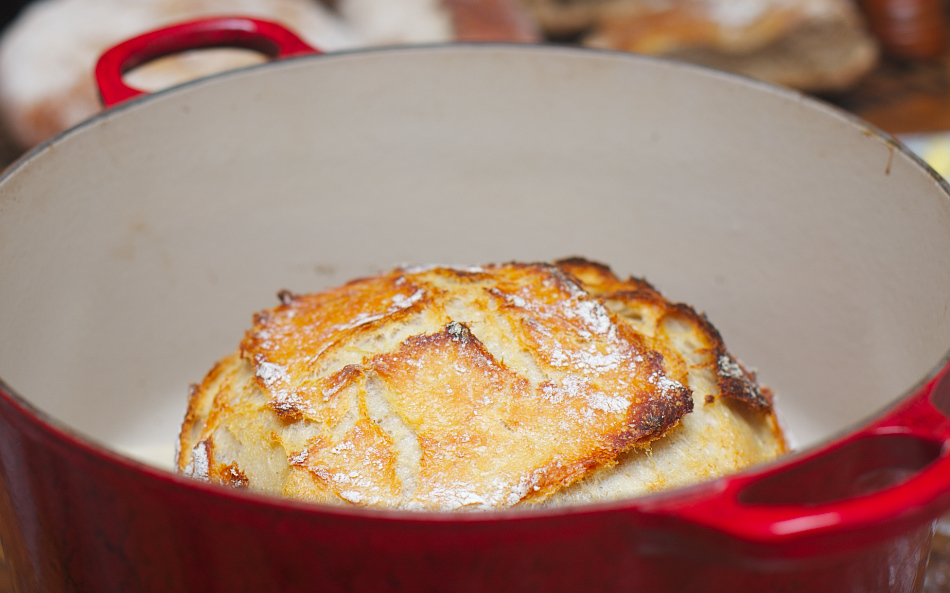 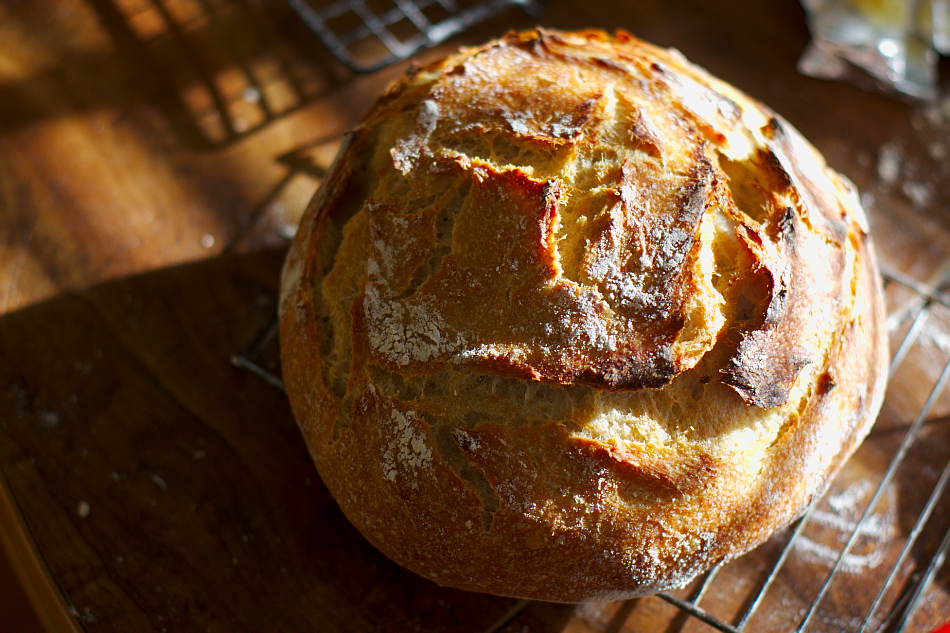 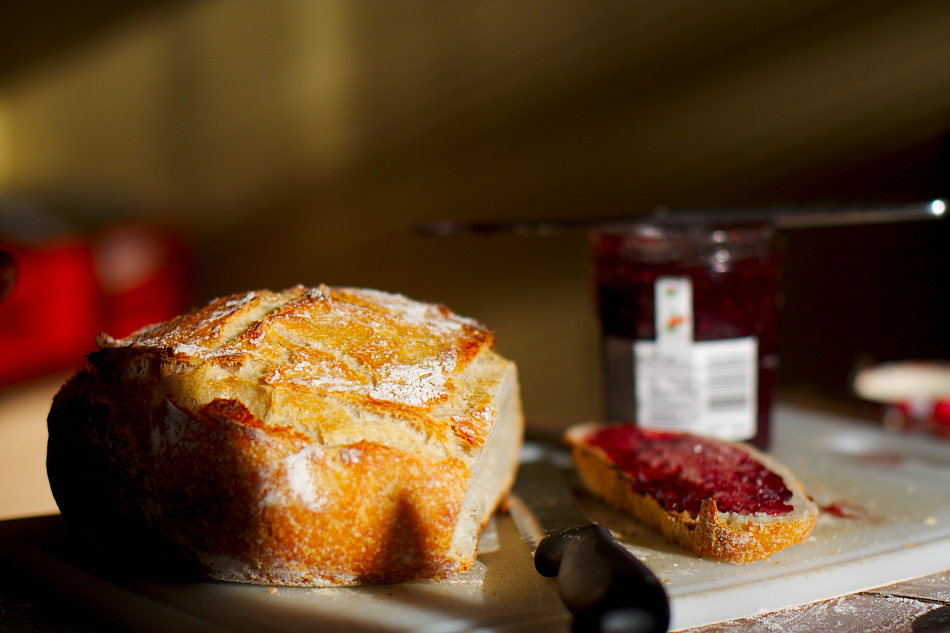