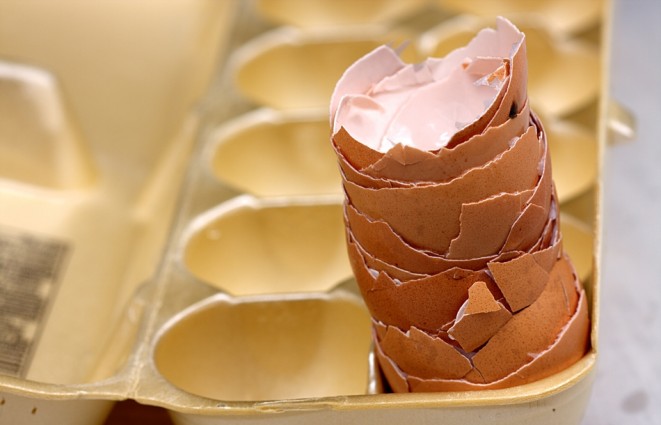 So after making two batches of Tiramisu I was left with 14 egg whites, and no idea what to do. My first thought was I could have omelets for the next week every day. However that didn’t really appeal to me. So the next thing that came to mind was how about making an Angel Food Cake? As a kid I loved angel food cake. My mom would often make it for my birthdays. I loved how fluffy and light it was, and how well it picks up the flavors you mix it with. 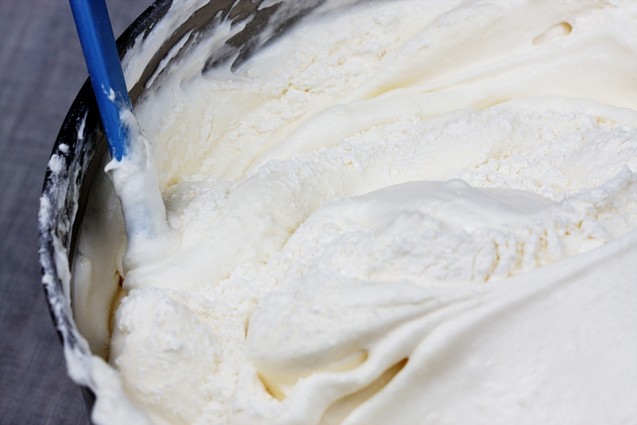 As far as cakes go, angel food cake is one of the easier ones to make. Basically you start with roughly 12 egg whites (about 1 1/2 cups) at room temperature, and beat them at high speed with a touch of salt, about 1 1/2 teaspoons of cream of tartar, 1 cup of sugar (add gradually as you mix the whites) and your choice of extracts (I used vanilla and almond). Once the egg whites have formed stiff peaks you will gradually fold in a sifted mixture of 1 cup of confectionery sugar, and 1 cup of flour. Once you have fully folded the flour mixture into the egg whites pour the batter into a angel food cake pan and cook at 350 degrees for about 40 minutes. See, easy. 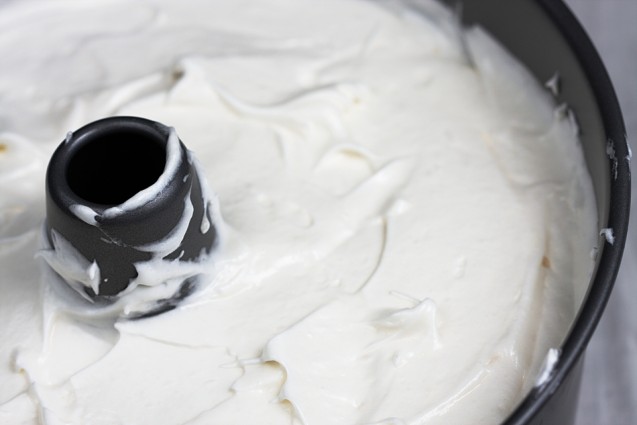 Once you take the cake out of the oven you can invert it onto a plate and wait for the pan to cool. Once the pan is cooled you can remove the cake from the pan. If you like you can also cut off the browned top of the cake if you don’t want to have that chewy bit on your cake. 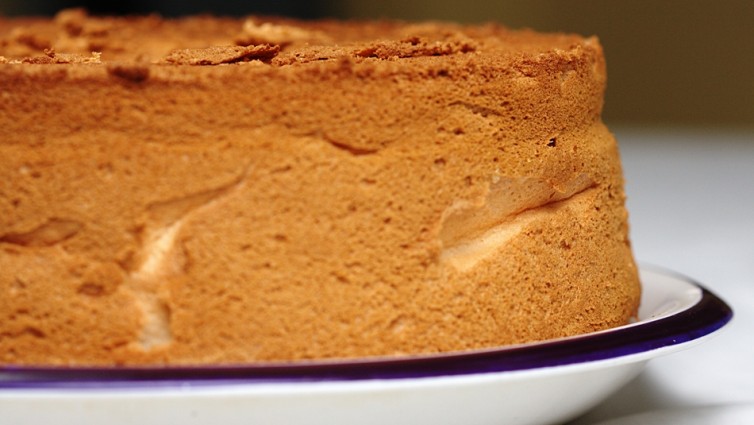 As I said earlier, one of the best attributes of an angel food cake is that it is a very light cake, but also that it acts as a sponge and takes on the flavors that you put on it. For my cake I went an easy route, and made some whipping cream, and a raspberry sauce. For the raspberry sauce I just heated some frozen raspberries in a small pot, added some rum, a touch of sugar, and a small cornstarch mixture to thicken. 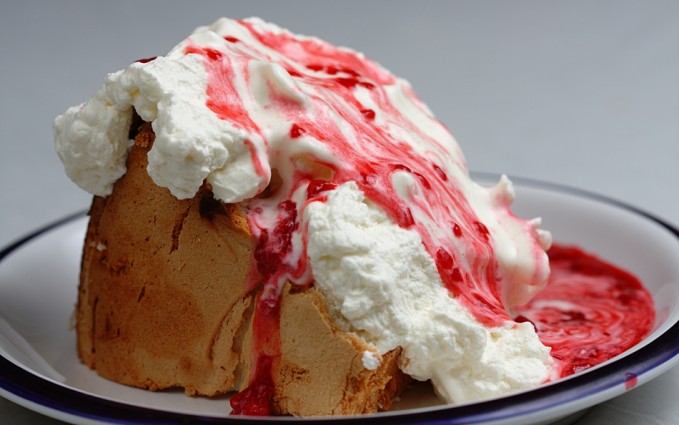 So on the cake I just put on a dollop of whip cream, then added the warm sauce on top. It made the cake look a bit volcanic, and tasted great. 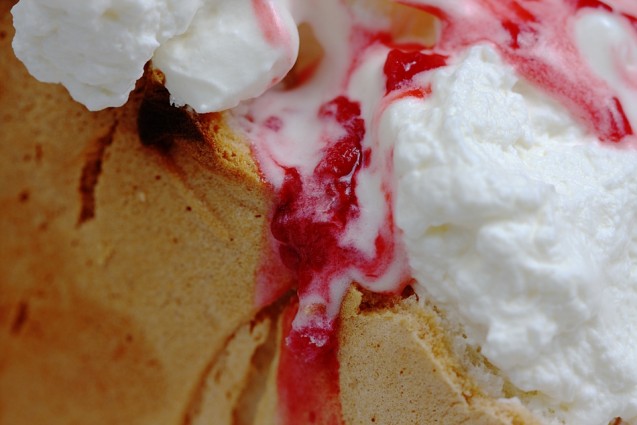 After making the angel food cake I still had egg whites left over. So I thought I would try my hand at making some French macarons. I have read horror stories from people online about making macarons, so I did a lot of research before hand so that I could get them right. Even so I still made a bunch of mistakes, and well they didn’t exactly turn out how I wanted them too. 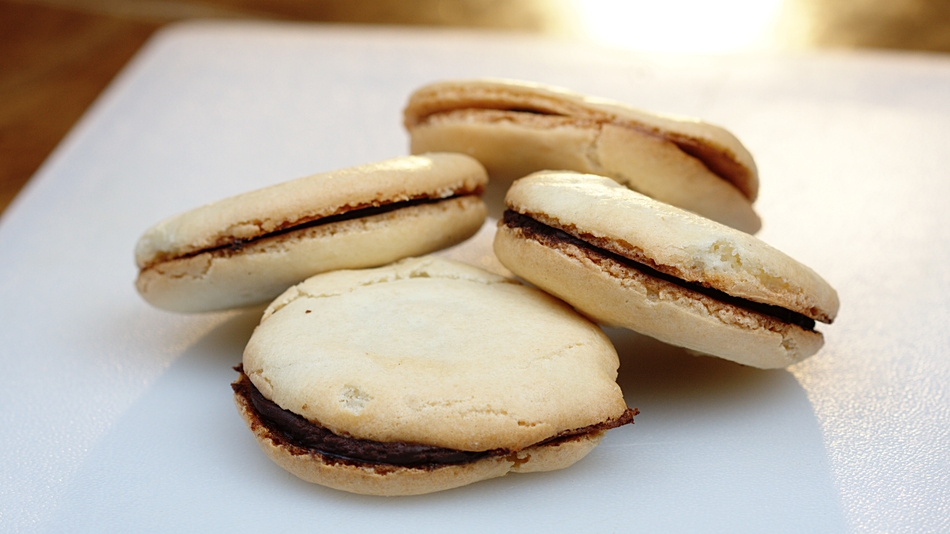 My first big issue was that my piping skills were absolutely terrible. I hadn’t pipped anything since probably highschool, so I was really rusty. Also the circles I made for the cookies were way too big. I didn’t realize the batter would span out so much, which was too bad. Lastly I ended up making the chocolate ganache the day before and had it in the fridge. However that made the ganache extremely hard. So I heated it up over indirect heat, however when I did that it made the oils separate from the chocolate, which turned into a colossal mess. I would have been better off just making the ganache when I needed it. 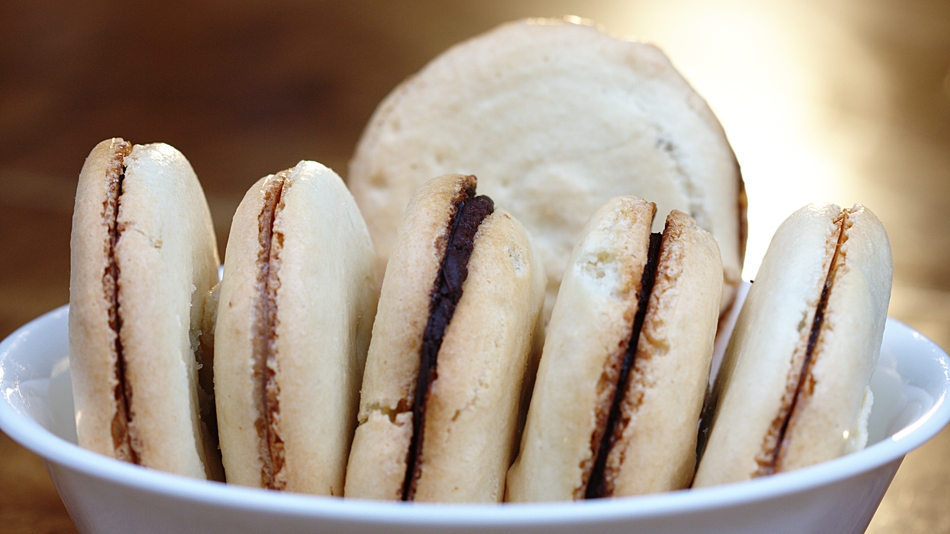 Overall the flavor of the macarons was still good, but I was still disappointed with the result. Next time I should know better, and hopefully I can correct the mistakes I made on my first attempt.